One of my sponsor children in Mali once asked me about snow. What was it? How did it feel to touch it? And did we get a lot of it in Denmark?

I tried to figure out how I could possibly explain the concept of snow to a child who had never seen snow or ice, or even experienced anything really cold. Then I found out they had a refrigerator at her local community and managed to organize for someone to show her the ice box there. I explained that snow fell almost like rain, that children would play in it, and I found some photos of the snow covering everything in our back yard, including the bicycles.

I also managed to track down a children’s book (Curious George in the Snow) in French for her, in which white was the predominant colour because the story took place in winter. Thinking I had done what I could to explain about snow, I sent the snow photos and book to her. A few months later I received a letter from her. One of the things she wrote was, “Thanks for the colouring book” ...! 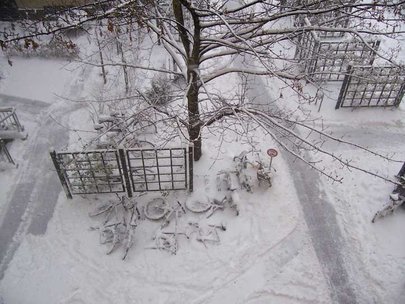